Home > Reviews > Nine months with the OnePlus One

Voted one of the hottest phones last year the OnePlus One gained enough attention for even me to want one despite being heavily invested in Cupertino’s entire ecosystem. And so, back in September, I took the plunge and switched from my year old iPhone 5S to a 64GB OnePlus One in Sandstone black.

Despite being so heavily invested in Apple products, this isn’t my first forray into the Android ecosystem after spending just over two months on the original HTC Produced Google Nexus during my immigration from the United Kingdom to the USA. That, and being in the IT world professionally has given me more than a few opportunities to deploy Android devices on a mass scale. However it wasn’t until the OnePlus One came along that I seriously considered committing to Android.

When Tim Cook took to the stage to announce the latest iteration of iPhone I was left feeling more disappointed than inspired. Neither of the new phones wowed me, and after years of battling OS slowness, the inability to choose my default apps, a UI that I couldn’t customize, and more, I wasn’t exactly ready to jump onto the “next big thing”.

On the other hand, getting a OnePlus One meant that I could enjoy a premium Android experience with Cyanogenmod for less than half the cost of a brand new iPhone or even a brand new Samsung Galaxy device. And despite both the One and the iPhone 6 Plus having the same screen size, the OnePlus had a smaller, more attractive form factor.

Everything about the OnePlus seemed perfect. $349 dollars and three days later, I had one in my hands. Despite a 5.5 inch screen, the device was extremely comfortable to hold and use

Setting up Android was a far cry from experiences I had in the past with application installs going smoothly and quick!, and despite my deep seeded footing with Apple the overall transition from fruit to robot wasn’t all that hard with many of my day to day applications being mirrored across platforms with ‘platform neutral’ cloud synchronization, and plentiful good alternatives available for the few applications that remained iOS only.

Despite taking me two full weeks to get used to the android keyboard my first month went by with relative ease. Android worked far better and far more intuitively than I remembered, and the phone itself performed with far more consistency than I had ever had out of my iPhone.

It took me until my second full month with the device to realize just what I had been forgiving and putting it down to my newcomer status. Despite enjoying the experience I was slowly realizing just how much additional work I was putting into making the phone my own. That’s not to say this is a bad thing. Making a device uniquely yours is one of the benefits of Android that you simply don’t get with an iOS powered device. What I wasn’t banking on is the fact that it feels almost necessary. And like any DIY project, it quickly falls into the trap of something you find yourself constantly adjusting, and polishing.

However with the OnePlus One it was a little more than minor adjustments. The phone had a nasty habit of ignoring my quiet mode settings and missing alarms, random reboots and the occasional ‘phantom touch’ plaguing the touchscreen. But still I was relatively happy knowing that I could do my own troubleshooting.

A few months later and my troubles hadn’t subsided. I had become increasingly frustrated with the phone as my attempts to fix minor OS bugs failed. Worse still, the camera had left me feeling underwhelmed since the day I got the phone, but I’d put it down to “just being new to the device”. After 5 months it was clear that the camera had some serious problems with low light, and anything less than perfect photography conditions. Worse still, the phone had developed a new problem waking up when asked, leaving me to either forcibly reboot the phone or wait nearly five minutes whenever I wanted to check notifications, or tap out a quick email.

On the subject of email, why doesn’t android allow you to make rich text edits by default? There’s a few quirks of android but as someone who uses their phone for work, it absolutely infuriated me that I needed a third party application to make text in emails ‘bold’ or ‘italic’. Even Samsung sees fit to include this in the rebranded version of Maildroid that they used for their email client. Photos on the OnePlus ranged from the truly incredible and detailed

But still, I soldiered on. I had gotten this far with it anyway, and despite my frustrations, android and Cyanogenmod was a generally pleasant experience overall. Besides, there was the new promise of the much touted OxygenOS that promised a faster, more powerful version of the stock android experience, especially with Cyanogens relationship with OnePlus hanging by a thread.

The final month of use was the biggest turning point for me. I had gotten used to android’s quirkiness and even fixed all of the major bugs that came with Cyanogen. It wasn’t perfect by any means, and after 8 months I found myself longing for the sheer simplicity of the iPhone after screwing with the One for so long.  I was prepared to live with the device despite the random crashing and hot / cold camera. I was almost ready to settle and put up with it until my wife and I took a trip to San Antonio.

I view everything that I carry around with me as a tool, and not a simple accessory. My phone is essential to me as it allows me not only to be resourceful, but it also allows me to work remotely and perform quick fixes without having to pull out my laptop. Even without work, the phone helps me get where I need to be, helps me stay on top of my money and make informed financial decisions. My phone is a tool that I ultimately rely on.

As my wife and I returned from San Antonio, our cars panoramic sunroof detonated and left us stranded on the side of the road. As it was pouring with rain I had to work quickly from the side of the road. I had no idea where we were, and no idea what we could do to get home on a Sunday where almost everything is closed in Texas. My wifes phone had already succumbed to the pouring rain that came in through the gaping hole that lay in our sunroof.

We were lucky that we had already used the cars in built SOS button to call for a tow truck but beyond getting towed to the nearest dealer we were on our own.

For nearly ten minutes I fought with the OnePlus One trying to get it to wake up. Reboot after reboot, before I eventually got the damn thing to start. It took another five for it to decide that it wanted to connect to a cell tower. All of this had happened to the phone in the past, but I had just put it down to one of those android things and decided to live with it. And in my time of absolute need the phone was starting to fail me. … to the utterly abysmal and washed out

I eventually lucked out and found an Avis rental car place that was open for a few more hours right next to the place we were being towed to. The camera was the next target. With the overcast skies and ‘less than perfect’ photography conditioned, I wrestled with the camera settings and somehow managed to get a couple of shots of the car for insurance purposes before uploading them to my NAS back home. There’s an album below with some more example shots.

When we arrived at the car dealership I tried to quickly take a picture of the dealer information and phone number on the door. The camera didn’t play nice despite continually fighting with the settings. I simply couldn’t get a shot of the door that was clear enough beacuse the camera couldn’t decide what it wanted to focus on. I ended up having to scrawl the number down.

As we walked to the avis rent-a-car facility a mile away, I left the phone in my exposed jeans pocket and allowed it to succumb to the rain. Hitting the AT&T store the next day and swapping back to my iPhone 5S.

Everything I carry is a tool, and in my time of need the tool failed me in the worst possible way. If I had needed to dial 911 and didn’t have the fortune of my cars build in SOS system I would have been completely out of luck. To this day I’m still angry.

Was this just Android or a bad phone? I don’t truly know the answer to that. I’m more than a little tempted to blame it on the phone but deep down inside on two different operating systems it’s very likely to have been android as a whole. Through all its quirks, the thing just remained feeling unfinished. To fail in such a way was unforgivable.

However with a clear head I can honestly say that I would give Android another chance. The experience got markedly better toward the end as software patches fixed the holes I couldn’t troubleshoot. But could I live with it and trust it as my primary device? Probably not. At least not at first. Android is definitely more polished than Froyo and Ice Cream sandwich ever was, but it still feels very unfinished in places. One has to wonder if Google decided that android should be 80% complete and let users and the community fill in the other 20%.

Still, I find myself looking at my 5S wondering if it’s worth upgrading to the 6 a year later, or finding a new candidate to test out for a while. Here’s hoping I don’t have another incident with my car. 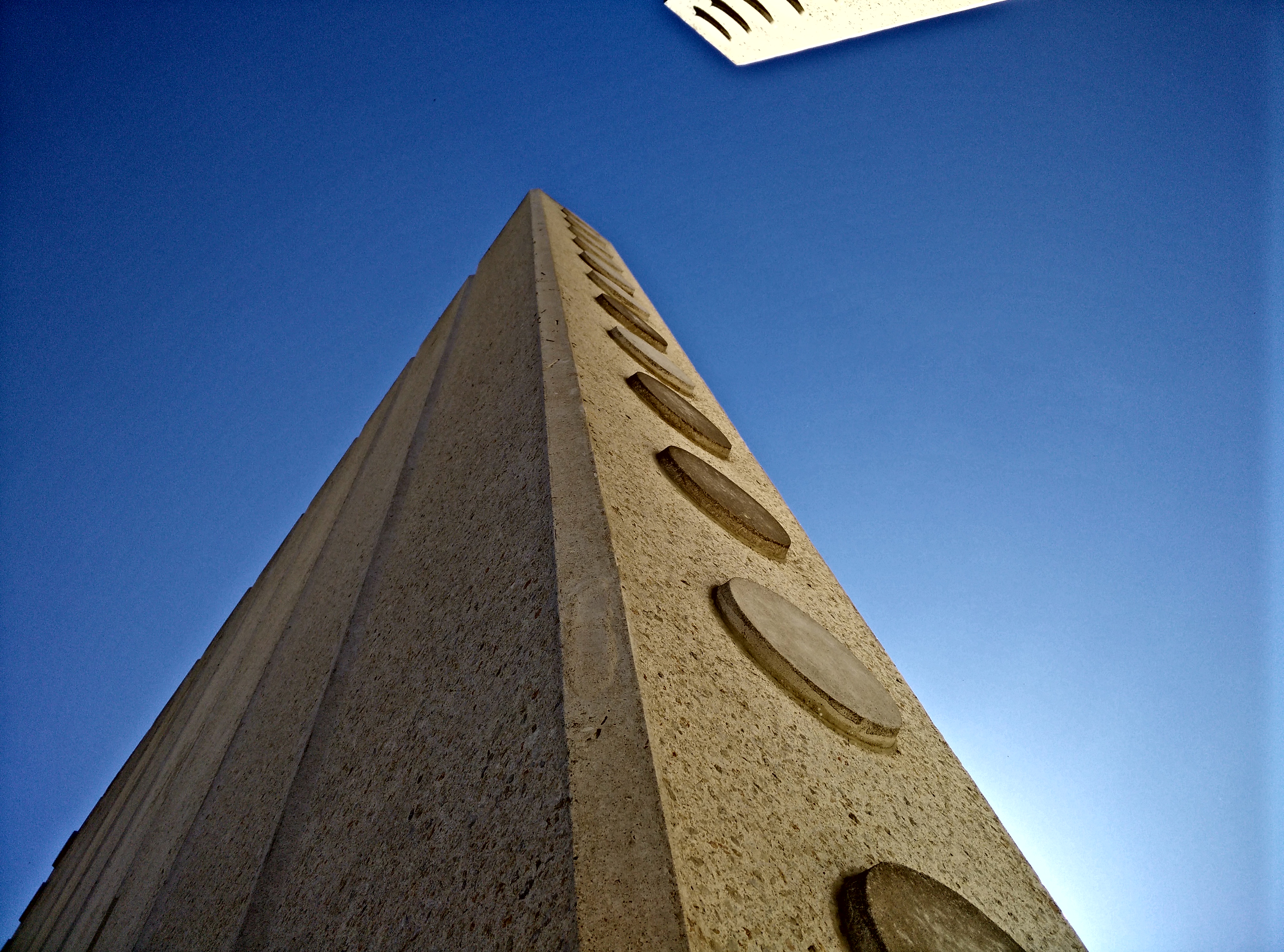 In the perfect circumstances, with the right light, the OnePlus One’s camera is truly incredible at capturing details 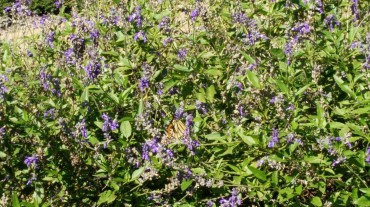 But even in good light, the OnePlus One left colors washed out and overexposed 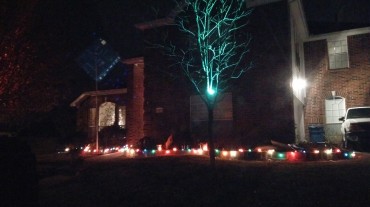 Low light is where the OnePlus struggled most, with added grain and horrible exposure 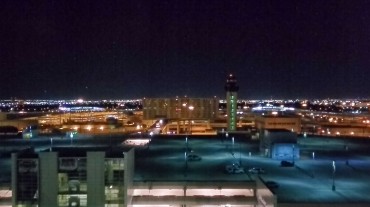 In low light, even with HDR on a perfectly stable surface, the OnePlus One struggled to even focus an image correctly, before adding mountains of grain to an image 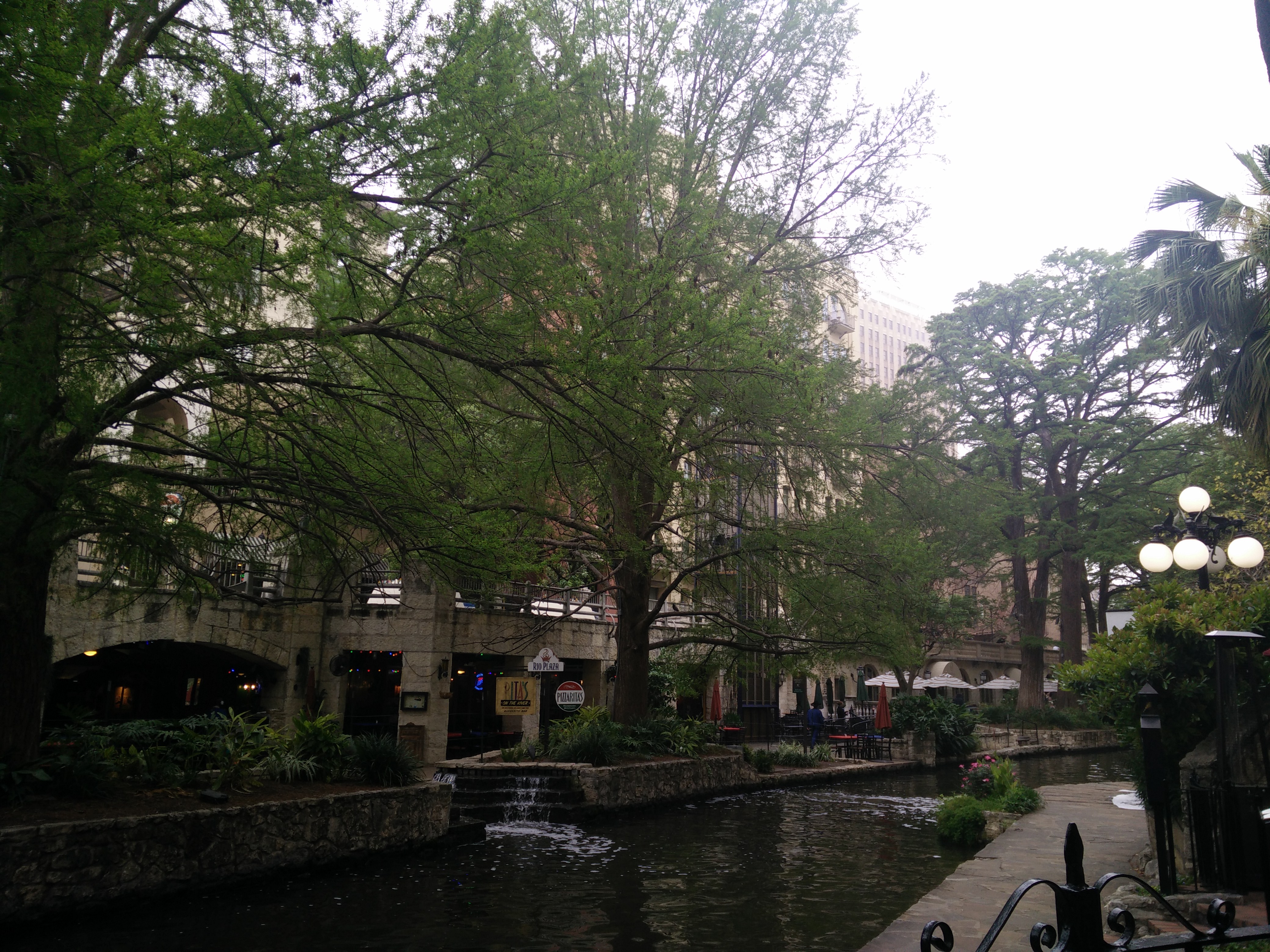 And an early morning shot on the River Walk in San Antonio and the OnePlus One struggled to meter the scene correctly, and opted to wash things out in the process